A number of years ago I was waiting at the airport for some friends to come and I met up with a Christian worker from another city.

As we were talking, I asked if he had any advice for a new worker like myself. His answer was something that made a real impact on me!

“My wife and I have made a decision to never say anything negative about the country or culture we live in,” was his response.

What a challenge to many of us; focusing on the POSITIVE.

I remember a time at our international church when one of the workers was giving the sermon. Trying to be funny, he made a few cracks at the local culture! Yes, they were true and even funny, but he forgot that we had local visitors in the service.

Focusing on the negative aspects of their society most likely took away from the message of the word.

I would encourage you to remember that your words are powerful and can point people to Jesus and even point them away from Him.

Looking for the good

One of the things that my wife has taught me is to look for the good in the culture around us. There are many things that can be discouraging, but there are plenty of wonderful aspects of each place. We wanted to focus on the positive, especially with our kids.

Your kids pick up your attitude, so focusing on the good will allow them to see the positive side of their home.

Just like kids, others around you will pick up on your attitude. I have been around many Christian workers who complain about their surroundings.

Their negative attitudes have been caught by their team members or other new workers. As you look at your long-term ministry, why not commit to being someone who passes a positive spirit instead of negative?

There are many areas in which we can be positive or negative, but one area that I need to work on is my words of encouragement. Have you ever been around someone that is constantly building others up?

When you leave their presence, you are truly encouraged. There are also those who are the opposite; always tearing others down! Satan will use our simple little negative words to destroy relationships.

Commit to being people who encourage others with your words. 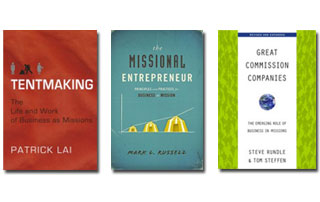